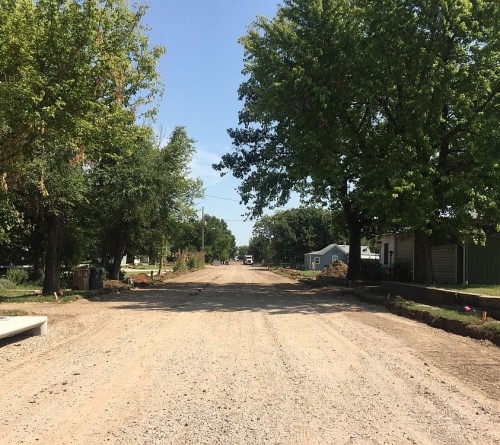 The Little River CDBG Street Improvements included a 3 block stretch of main street replacing curb and gutter. An asphalt overlay was applied on their deteriorated brick street. Another 4 blocks of the project included widening the brick street by 8 feet and pouring a concrete street, which permitted to be the new truck route.

The Little River CDBG Street Improvements project presented itself a challenge. A gas main was going to end up under the street which would have caused a huge complication. Field adjusting the street design now accommodates the utilities that had to be left in place.

Part of this project included an environmentally friendly solution. All the existing brick and pseudo concrete base was crushed and then placed down for the new base of the street. Nothing was hauled off as the contractor had a crusher onsite. This saved the city time and money on the project while also reusing existing materials.