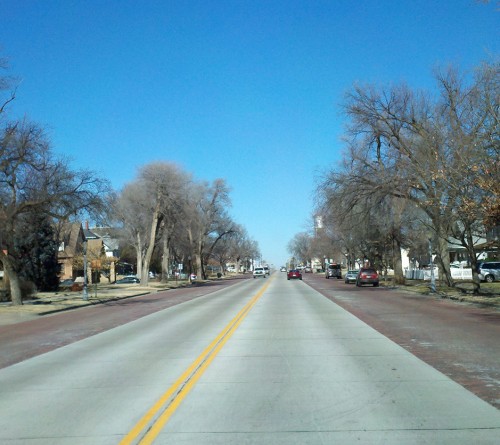 The existing brick pavement was rough and uneven along the existing street in Pratt, Kansas causing a problem for highway traffic. City of Pratt staff and EBH engineers partnered to find the city a solution. The two center driving lanes were replaced with concrete pavement over a fly ash base with striping, while the existing parking lanes on the outside remained brick. ADA sidewalk ramps were also constructed throughout the project.


From local programs to federal agencies, we can help you identify and secure funding for your next improvement project.

The EBH team helped the City of Pratt:

The contractor constructed the new concrete driving lanes where they were smooth, but it was challenging to connect the uneven brick at the edges. Traffic control was also an issue but was quickly communicated with citizens. Weekly meetings were conducted to inform all project team members of the progress of the schedule and to minimize delays. This plan also allowed existing highway traffic to move to the sides and residential driveway access to the highway during construction.