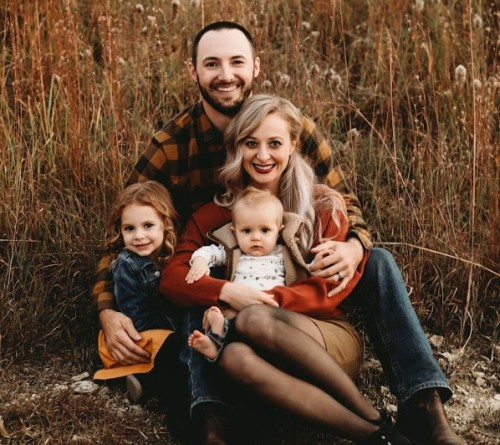 Small Town Living Is Just What Our Family Needed

Moving to a rural area has been one of the best decisions my wife and I have made together. Being able to work in that same remote setting and truly having an impact on my local community, as well as several others around the state, is the icing on the cake. Finding EBH Engineering and our other rural offices around the state was a dream come true for both Keri and I.

Keri grew up in St. John, Kansas and had moved to Kansas City after college. After all, getting away from small towns is what all kids do, right? I grew up in a small town in Missouri and much of my extended family was from Marion, Kansas, where I spent a lot of time during summers and holidays as a kid. After college I, too, moved to Kansas City. After about a year of living in Kansas City, I enlisted in the Navy, which took Keri and I to Connecticut and Washington state, where we lived for about four years.

We had planned to move home to Kansas after I got out of the Navy, but about a year before I got out we changed course and decided to move to Fort Collins, Colorado. It would be the best of both worlds. We would be closer to family than we were in Washington, and we would still have easy access to the mountains! We moved to Fort Collins and I commuted about 50 miles each way to Cheyenne, Wyoming for work, spending nearly an hour each day before and after work in the car. We were paying over $1,600 a month in rent for a small 1,300 square foot house and another $300 a week in childcare for our 2-year-old daughter, but this was what we had wanted, right? We would need to live in a rental for at least another three years before we were able to buy a house and would likely then be looking at spending $350,000 or more on a 1,500 square foot home. We definitely saw our families more often than we did in Washington, but driving eight hours for a long weekend was tiring and it meant using vacation time to visit with family instead of actually going on vacation. I don’t think many people even think about this when moving away from family and then realize this AFTER the fact.

We had been talking on and off for several months about moving to a small town in Kansas, where both of our families now lived. We even came back for an interview for Keri in Wichita. When we found out Keri was pregnant with our second child, we knew the timing was right to make the jump. We had often talked about raising our kids with small town values and that was something that was still very important to us.

I started looking for jobs in Wichita because my assumption was, I would need to continue commuting to Wichita since there aren’t any “good” jobs in small towns. I found out quickly how wrong I was, there are LOTS of good jobs to be found in small towns and sometimes those companies struggle to fill the positions. I came across EBH and after talking with them, I was very impressed with how competitive their offer was compared to any offer I had received from a Wichita engineering firm. What more could I ask for? With EBH, I wouldn’t have to make a long commute, allowing me to spend more time with my family. I do love my five-minute commute! I would be able to be in town and attend our kid’s activities as they get older. Since I’d be working in the town I lived in, it would allow me to be a part of the community more than if I commuted every day for work.

There are several reasons that small towns stood out to Keri and I as we talked about raising our family. First, the cost of living doesn’t strangle you. For instance, we bought our FIRST house for $90,000! That would just not be possible in a big city. Second, just like what you see in the movies, the people in small towns are more friendly. I can’t tell you how many times people wave as they drive by the house when we’re outside, even if we don’t know them. And most importantly, safety. As our kids get old enough to ride their bikes, we will have no problem with them riding their bikes to Grandpa and Grandma’s house or to a friend’s house. We just don’t have to worry about that in a small town.

When we look back on things and the way everything played out, we wouldn’t change a thing. We were able to go and experience what it’s like to live in different parts of the United States and have a great time doing it! We can still visit those places. Now that we have a family, being a part of a small town is the best decision for us. So while “leaving” small towns after high school might be the “cool” thing to do, coming back to small towns seems to be the “even cooler” thing to do for a lot of people our age. We have a group of friends in town, almost all of them who left their small hometown, only to come back when it came time to raise their own families.

Zach Collett works in the EBH Marion and Hillsboro office as an Engineering Technician involved as a CAD technician and construction inspector, coordinating construction projects with engineers, contractors and clients. Zach attended Benedictine College receiving his Bachelor of Business Administration degree and then joined the Navy. He is a member of the Kiwanis and has volunteered as an assistant football coach.